The Old Gentleman of Raahe

Established in 1862, Raahe Museum is the oldest local museum in Finland. Naturally, it has some very rare artefacts, the most famous of which is probably ‘The Old Gentleman of Raahe’ – an 18th-century cowskin diving suit. It was donated to Raahe Museum by Captain Johan Leufstadius in the 1860s.

Attempts have been made to determine the diving suit’s further provenance, with no success. The suit is thought to have been made in Finland because the toes of the feet are modelled after traditional Finnish countryman’s boots. The hands of the suit are similar to typical Finnish forester’s mittens. There is an interesting 1727 sketch in the Admiralty archives of the National Archives of Sweden, featuring a diver wearing gear similar to the Raahe diving suit. The Admiralty diving suit was designed to be made of metal.

The diving suit at Raahe Museum is made of cowskin with seams stitched with pitch thread and sealed with pitch. The diving suit was water-proofed with a mixture of mutton tallow, tar and pitch. The top of the suit, the hood, is reinforced with strips of wood on the inside. Air was probably pumped for the diver with bellows through wooden pipes joined with flexible leather stockings. The top of the hood presumably featured a flap valve where the air came in, correspondingly leaving through a pipe in the back. The brave diver squeezed into the diving suit through a hole in the suit’s stomach, which was closed by twisting the long leather strip with the hole around the belt and fastening it around the diver’s waist. The diving suit made it possible to inspect the condition of a ship’s bottom without having to tilt the boat or dry-dock it.

The maker of the diving suit had mastered the latest achievements of diving technology, which had advanced immensely in the 18th century. The Old Gentleman of Raahe must be considered as a unique transitional form made of leather, due to an ongoing shift from diving bells to proper heavy diving suits.

The Young Gentleman - copy of the Old Gentleman

In 1988, a curator at Raahe Museum created a perfect reproduction of the diving suit. The methods and materials were the same as those used by the original maker in the 18th century. However, the reproduction, which is referred to as the Young Gentleman, had to be made slightly taller in order to fit a modern person. The aim of the reproduction was to prove that the diving suit could really be used for diving. Experiments showed that the suit was functional, with no observed limitations in regard to diving depth or duration. The longest dive carried out with the Young Gentleman was 40 minutes. Another important reason for creating the reproduction was that the long journeys to exhibitions put such strain on the Old Gentleman that it was finally banned from travelling. It is now the Young Gentleman’s turn to represent Raahe Museum and 18th-century diving technology around the world.

These days, the Old Gentleman can be found in the diving department of Crown Granary. 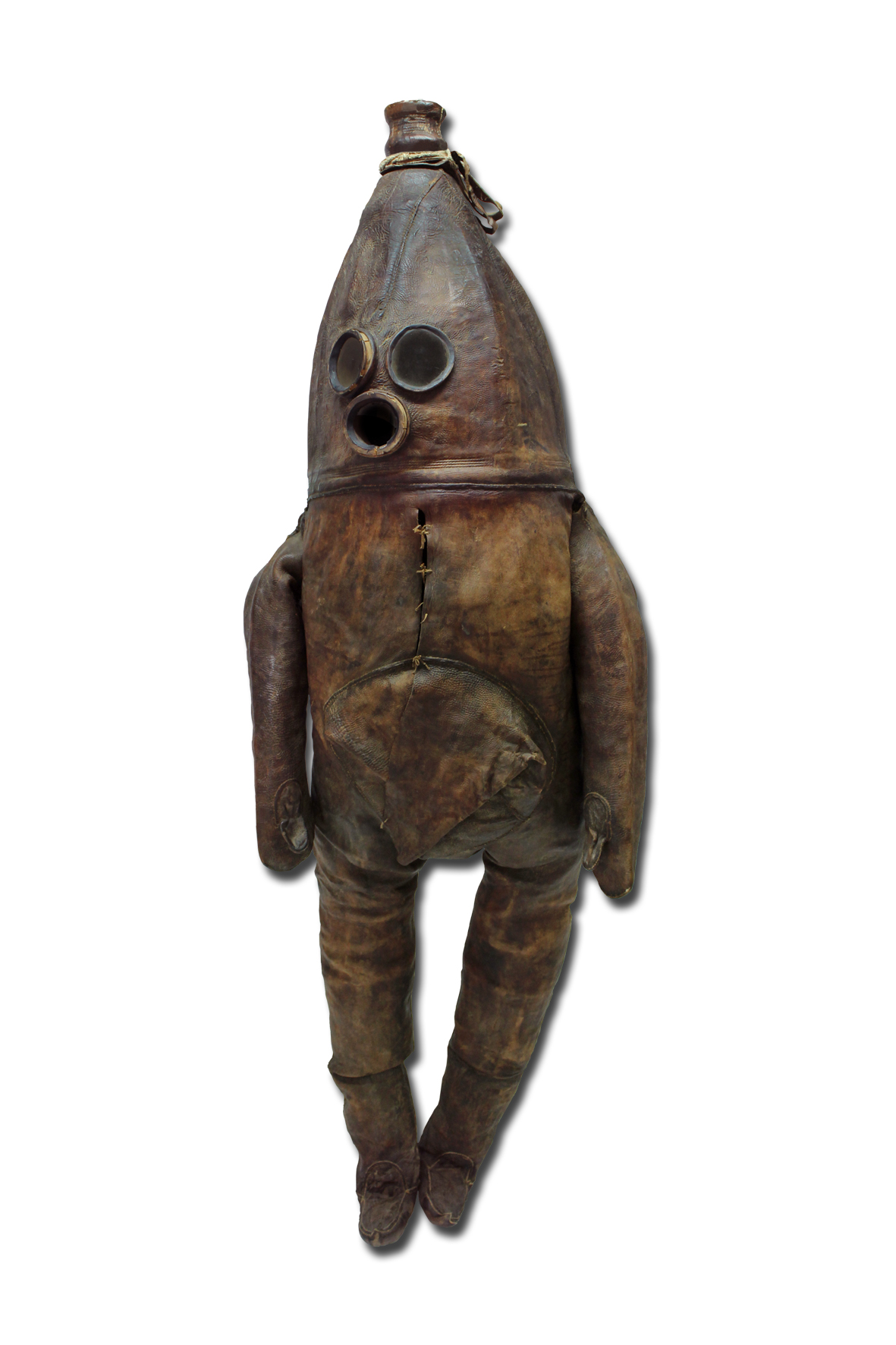